“Italian Prime Minister Giorgia Meloni is right: the only common solution is to protect the EU borders, prevent the departure of migrant boats and adjudicate asylum applications outside of Europe,” said Balázs Hidvéghi, Fidesz MEP, in his speech at the plenary session of the European Parliament on Wednesday. Kinga Gál, the chairman of the Fidesz European Parliament delegation, highlighted: Since 2015, Hungary has spent approximately 650 billion HUF on the protection of the southern border, but only two percent of this was provided by the European Union, while it supports non-governmental organizations that help illegal migration by sea or land.

In the European Parliament’s migration debate on the Italian-French conflict that broke out in connection with the Ocean Viking NGO ship, Balázs Hidvéghi said that out of the 234 migrants who arrived in France on board the ship, only 6 people are now under the control of the French authorities. The others were released and, unsurprisingly, immediately disappeared into France. “This is the horrifying result of the open borders policy: hundreds of undocumented people are roaming freely in Europe, who pose a security threat to European citizens,” said the MEP.

He emphasized: the message of the case is catastrophic for Europe. The more ships we allow to dock, the more ships will follow them. “In contrast, Viktor Orbán and Matteo Salvini proved years ago that borders can be protected – both on land and at sea,” he added. “Let’s be clear: Europe’s gates are not open to everyone! Order and security must be restored!” – concluded Hidvéghi.

“Never before have we had such a need for close cooperation with the states of the Middle East, as the […] 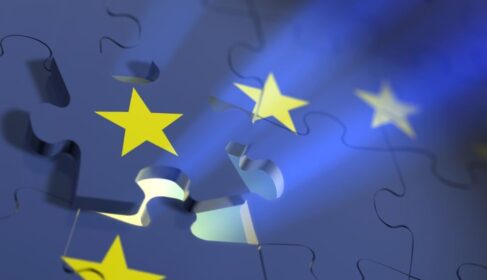 The enlargement of the Union is in our geopolitical interest

A debate on the report on the European Union’s new enlargement strategy was held last night in Strasbourg, at the […]

Kinga Gál, Fidesz MEP, emphasized: Hungary’s southern border is under migration siege, this year alone, the authorities have prevented around 250,000 illegal border crossing attempts there. “Illegal migrants and human traffickers often come into violent conflict with border guards, and serious physical atrocities take place between them as well. This has to stop! It is to be welcomed that Austria and Hungary have agreed on additional measures with Serbia to curb illegal migration to the European Union on the Western Balkan route,” added Kinga Gál.