“It is the historical responsibility of the European Union to give impetus to the enlargement in the direction of the Western Balkans,” stated Kinga Gál. “In this period of war, we especially need this region to remain stable. Therefore, Hungary is committed to supporting the accession and the definition of the specific schedule,” she emphasized.

“It is now crucial not only from an economic and strategic point of view, but also from a defense and security point of view to include the countries of the Western Balkans.” – reminded the EP representative. “By further delaying this enlargement, the security interests of Europe, including Hungary, would be seriously harmed. It is necessary to stop the illegal migration pressure coming from the risky Western Balkan route, which is increasing. The region, and Serbia in particular, can be a key player in the protection of the Union’s external borders,” Kinga Gál pointed out. “The consequences of the European energy crisis must be reduced in the Western Balkans as well, which is why joint energy cooperation projects need to be implemented as soon as possible,” the representative emphasized. 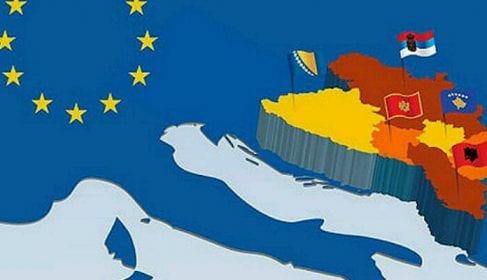 Andor Deli said in his speech: “So far, each wave of enlargement has strengthened Europe. This would certainly be the case with the accession of the Western Balkan countries to the EU. However, in order to speed up the processes, to achieve a real breakthrough for all candidate members and for them to increase their performance, a specific target date and schedule are needed. This would also increase the credibility and perception of the EU in the eyes of the citizens of the candidate countries”.

The representative from Vojvodina emphasized: “The region missed out on the great eastern enlargement wave of twenty years ago and has been in the front room of the EU for 20 years now. Setting the target date would be a huge motivation for the countries of the region, it could result in the candidate members speeding up the reforms that have already started. This would be useful for the candidate countries and for the EU, especially in a war-torn geopolitical situation like the current one.