During the presentation of the enlargement strategy, Olivér Várhelyi emphasized that the war in Ukraine fundamentally changed the security environment of the European Union. Therefore, the weight of the accession negotiations with the Western Balkan countries has also increased. “Agreeing with Commissioner Várhelyi, it must be emphasized that the European Union now has a historic responsibility to ensure that the enlargement gains momentum in the direction of the Western Balkans,” pointed out Kinga Gál, the president of the Fidesz European Parliament group. “The European Union is under pressure to act, due to previous promises regarding enlargement, the credibility of the Union is at stake, moreover, with the strengthening of the geopolitical importance of the region, the as soon as possible inclusion of the Western Balkan countries can be an important step, not only from an economic and strategic point of view, but also from a defense and security one,” explained Gál . “The region, and Serbia in particular, is of key importance in stopping illegal migration. Failure to expand and further delay could threaten the stability of the region, thereby seriously harming the security interests of the European Union and Hungary, and we could also lose the trust of the states of the region” added the MEP. According to Gál, the report presented by Várhelyi has a positive tone, a package of proposals encouraging EU enlargement, which is an important political message. It is also to be welcomed that he proposes granting candidate membership status to Bosnia and Herzegovina.

Andor Deli, MEP from Vojvodina, pointed out: “The war raging in Ukraine proved that there is no alternative to EU accession for the Western Balkan countries. The European Union can regain its strength only if it includes the Balkan countries, and above all, the key country of the region, Serbia, among its members. The excellent bilateral relations between Hungary and Serbia could be further strengthened by the Balkan country’s accession to the EU as soon as possible, one of the main beneficiaries of which is the Hungarian community in Vojvodina”. 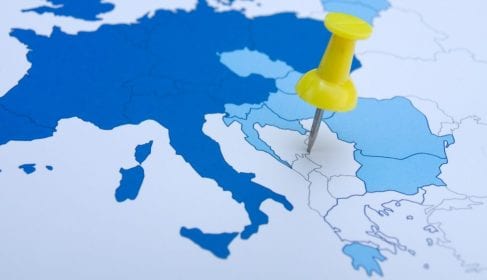 A debate on the enlargement of the European Union to the Western Balkans was held today in Strasbourg, at the […]